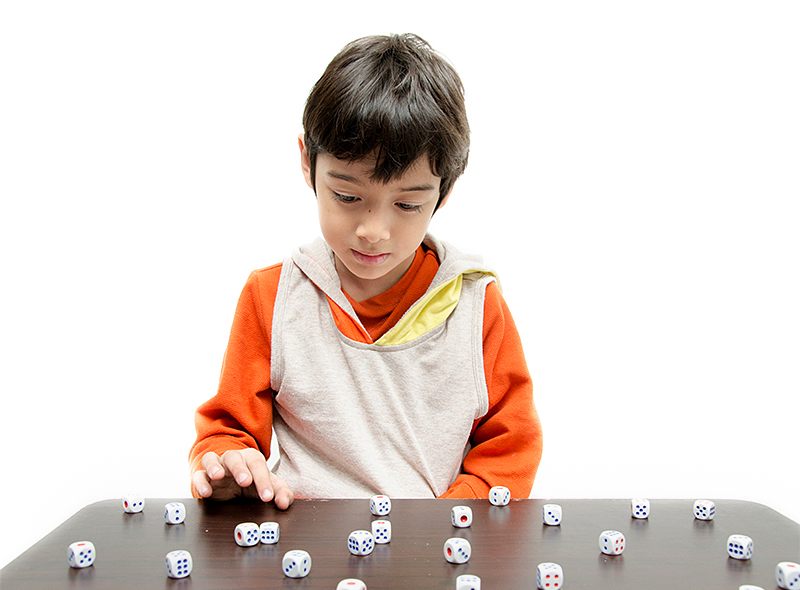 Grab a pair of dice and get ready to practice basic addition and subtraction with your young learners.

Grab a pair of dice and get ready to practice basic addition and subtraction with your young learners! Read on to learn about a dice game your students will love!

This activity is an awesome skill-builder for kindergarten through second grade students. It's a very versatile game, perfect for either one or two players, and all you need is a pair of dice, some paper, and a pencil! The description below is for a two-player addition game, but it can also be played using subtraction, where the player with the lowest score is the winner.

Two players will compete for the highest sum in this exciting dice game!

You'll need two pairs of dice, one for each player. Decide ahead of time how many rounds the players will play throughout the game. We recommend 10, 15, or 20 rounds.

There are so many ways to use dice to practice math skills in the classroom! Here are a few more ideas for you and your students to try:

Two players take turns rolling dice and adding the digits. The first player who reaches a given number, such as 50 or 100, wins.

Two players take turns rolling dice. Whoever is the first person to say the addition math fact first wins the round. Play 10 to 20 rounds.

One player chooses a color and then rolls a pair of dice. After adding the digits, he or she looks around the room and finds the same number of items of that color.

Which of these dice games are you going to try with your students? Do you have your own dice games that you like to use to teach math skills in the classroom? We'd love to hear yourideas!

If you'd like more fun, interactive math practice for your students, go to iKnowIt.com today!

Thank you! Your comment has been submitted.
Blog Home Blog Archives